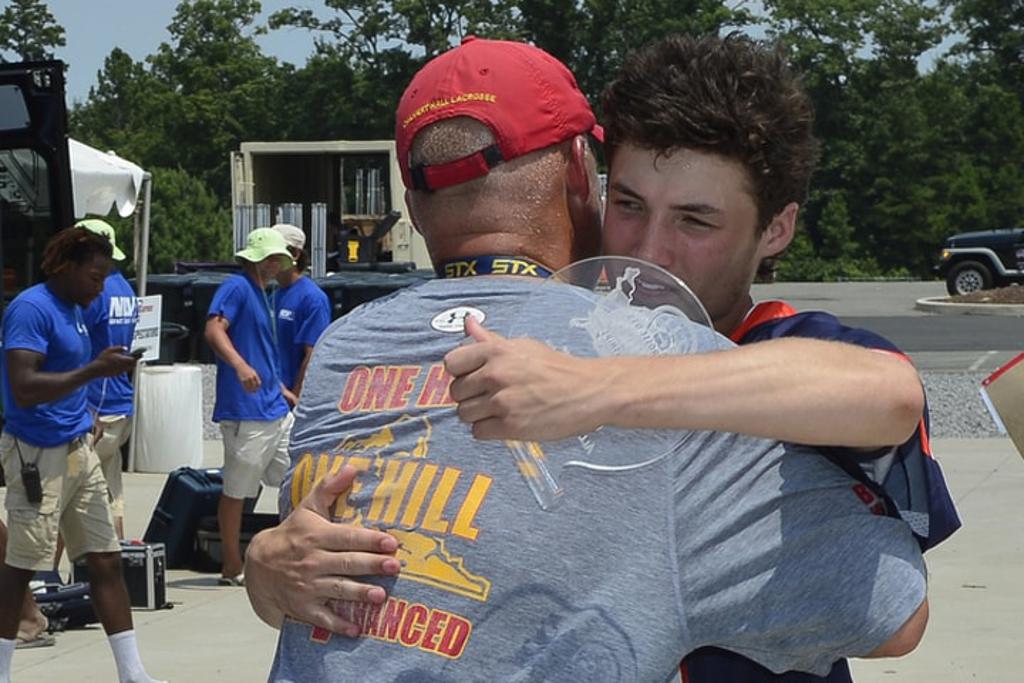 A letter to my former self as a new sports parent:

One day you’re going to get in the car with your kid’s water bottle that he left at home for the last time, that sour shoulder pads and cleat smell coming from the back seat, and the little chunks of dirt that have been knocked loose from muddy cleats all over the once new floor mats. You’re going to climb the stadium stairs one last time, listen to his name announced, watch him take the field and shoot a glance up your way and a little wave. You’re going to hear the last whistle, watch the last half time talk, the last hand shake, eat your last stadium hot dog, shade out that last bright sun beam blocking your view, and then you are going to get in the car and you won’t ever be back again.

Today may be the first time he sits in your lap as you lace up his cleats and then walks onto that field, and he may be terrible, he may be fantastic, he will likely have moments of both, but when it’s all over he’s still that piece of you that you love no matter what.

All I care about now at the end of this journey, is that he had fun, that he has memories that he cherishes rather than ones he hopes to forget. His playing time, lack of college offers that he never cared about or wanted anyway, coaches’ philosophies, club teams, stats – none of it mattered. Not one bit. Don’t waste time keeping up with the joneses of sports parents, just love every.single.second.

When he is small, sports will seem like such a milestone and you will be in a hurry to get him into as much as you can. If he shows promise you may start looking ahead, thinking you are depriving him if you don’t get him the training he deserves. Be ready, because the second it starts the comparison and expectations are instantly out of reach. Don’t miss the fun, don’t miss the laughs, don’t miss the chance to reassure when the tears come, hug him tight, hand him an ice pack when he gets hurt and then send him back out there. And when he wants a break, when he says he misses his friends, respect that request.

Don’t worry about what the coaches are doing, how the team is playing, who should be playing, if they are learning as fast as other teams, if they are a super star, or if they are winning. Just look at them – are they happy? Are they growing and learning and reaching and stepping outside of their comfort zone? Because at the end of their sports experience that’s all that matters. You won’t care about anything else when it’s over.

There are so many things outside of sports that he loves to do, that he is so amazing at. There are so many opportunities that are going to get missed if he is training all the time. He doesn’t want to play in college, that was my destiny, not his. But the things he learned playing sports he will use every day when he leaves for college next year.

Don’t let him forget that he has other talents, to explore as much as possible, to focus on the things he loves but to also constantly try something different just for the experience. Don’t let his self worth become directly tied to his athletic abilities. Don’t let your relationship become coach and player instead of parent and child.

Soak in every moment of every game, absorb the cheers, the goof ups, the missteps, the sometimes less than perfect effort, the sometimes mind blowing plays, the team events, the mud, the smell, the tears, the joy, because one day its going to be over.

Kate Leavell is a high school varsity and youth girls' lacrosse coach in Atlanta. A US Lacrosse Coaches Education Program trainer, she is the author of the Coaches Emergency Practice Guide.